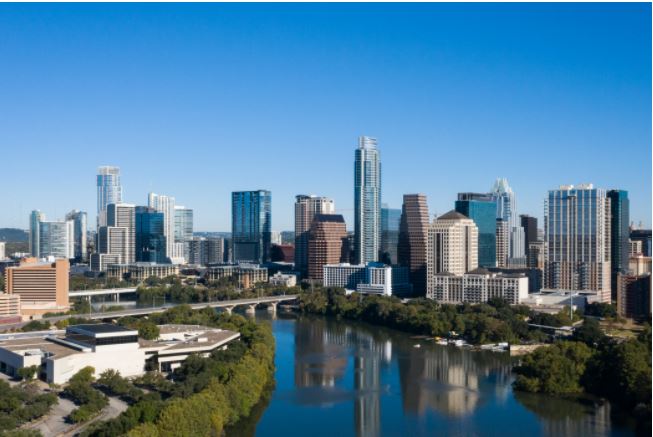 The COVID-19 pandemic has reshaped the national economy, accelerating many trends that were in place prior to 2020. The hot housing market got hotter, e-commerce became even more prevalent and the long-term growth of the white-collar workforce over the past several decades accelerated its pace. Another trend that held firm or even hastened its step was the long-standing migration of Americans to Southern states.

Austin and San Antonio, both in central Texas, have been some of the biggest beneficiaries of this trend. The pace of population and job growth has been among the fastest in the country. Office-using jobs, which are typically higher paying, have been the primary engine of this growth. It includes jobs in the professional and business services, financial activities and the information sectors. 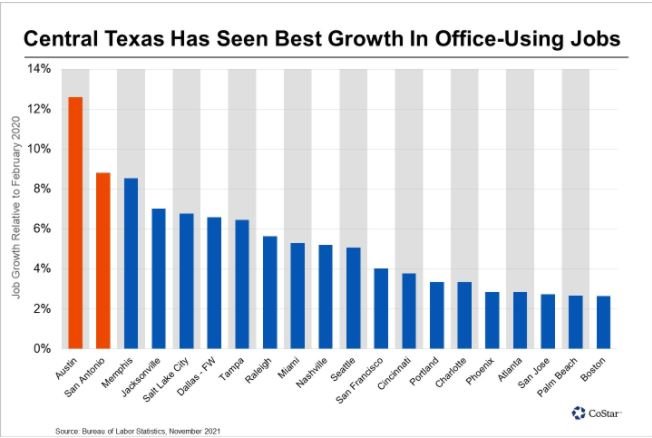 Austin has bolstered the ranks of its white-collar workforce by close to 13% since the onset of the pandemic. San Antonio added about 9% over that same period. Other Sun Belt cities such as Atlanta, Dallas-Fort Worth, Miami and Phoenix have also posted impressive gains, but fail to reach the level of growth seen in central Texas.

Austin is a notable tech hub, quickly becoming a premier location for big names such as Google, Facebook and Tesla. Nicknamed “Silicon Hills,” many of these companies have had major expansions in Austin in recent years, employing a wide range of office jobs as they expand their presence in central Texas, including a recent expansion by Meta, Facebook’s parent company. The company leased the entirety of Sixth and Guadalupe, a nearly 600,000-square-foot office tower to be completed next year.

San Antonio’s traditional economic strengths in hospitality, defense and healthcare historically called for light office uses and, often, less office space in general. This dynamic has shifted greatly, however, and the city’s other key strengths in finance and cybersecurity support a nascent tech scene that is quickly adding jobs. Recent examples include TaskUs, which leased 100,000 square feet in New Braunfels, the city’s largest suburb, and Pathwire, which was acquired for $1.9 billion. The acquisition marked the largest such transaction since Apollo Global Management purchased San Antonio-based Rackspace for over $4 billion five years prior.

It is no surprise that central Texas has done so well economically over the past two years, given the region’s trajectory over the preceding two decades. The growth in office-using jobs nationwide over that same period has been especially pronounced in San Antonio and Austin. Thus, it is likely that these two cities will continue to grab headlines over the coming decade.

These population gains, along with some of the best economic growth in the nation, should drive demand for office space in these two central Texas cities for years to come.

How To Get Started

The first step to invest with us is to fill out our Interest Form. We’ll connect and discuss your goals, then we’ll find the best investments to help you meet these goals. 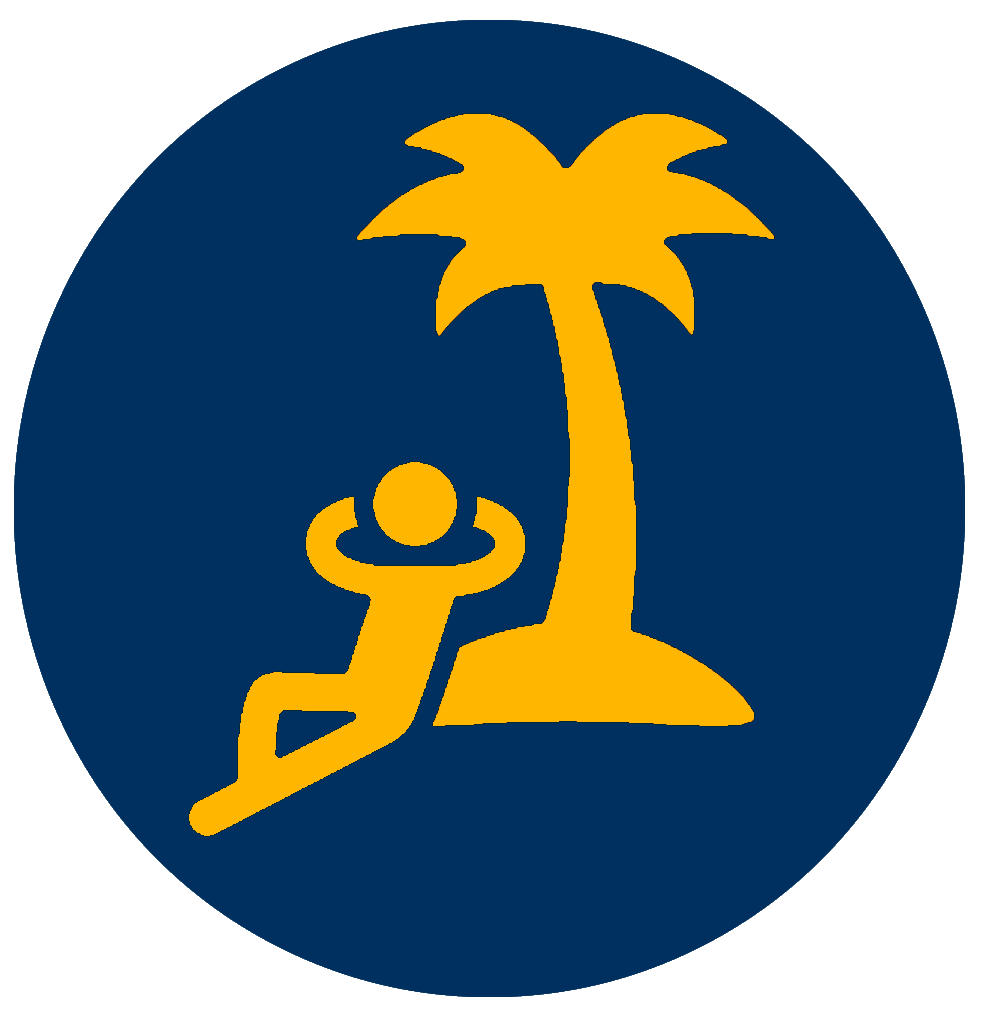 After you invest you can just sit back, relax, and receive quarterly cash flow payments from your passive investments.
Invest Now

Sairam is an experienced multifamily deal sponsor and asset manager for 738 units, a key principal in 332 units and limited partner in 1000 units. He has a strong experience in asset management, property reposition, income generation, implementing operational efficiencies and cost reduction. Sairam is a licensed Real Estate Broker in the state of Texas. He is a successful IT Consultant with 20+ years of experience in corporate America.
← Boutique Brokerages Join Together To Form National Multifamily FirmCedar Park may get more senior housing → 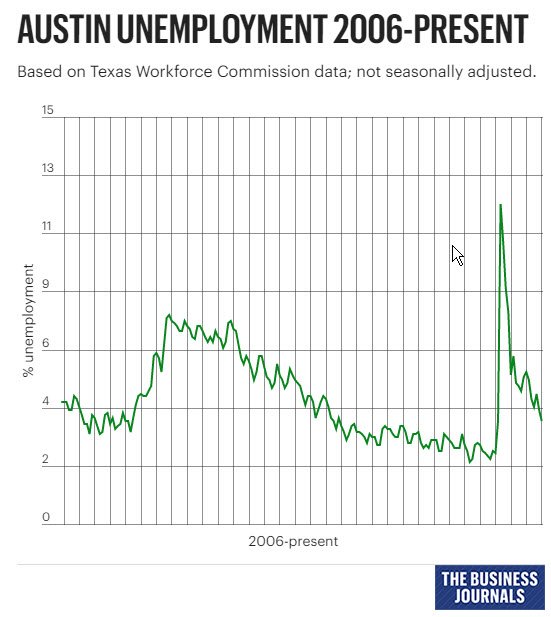 The Austin metro’s unemployment rate fell to 3.8% in August 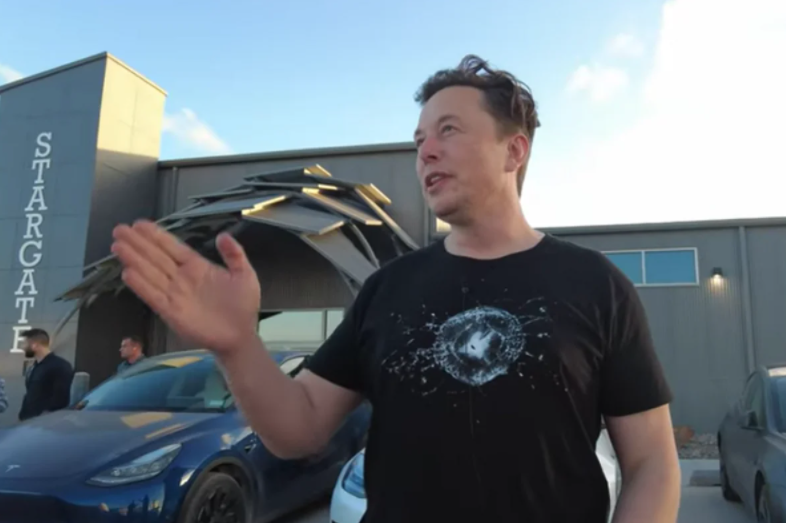 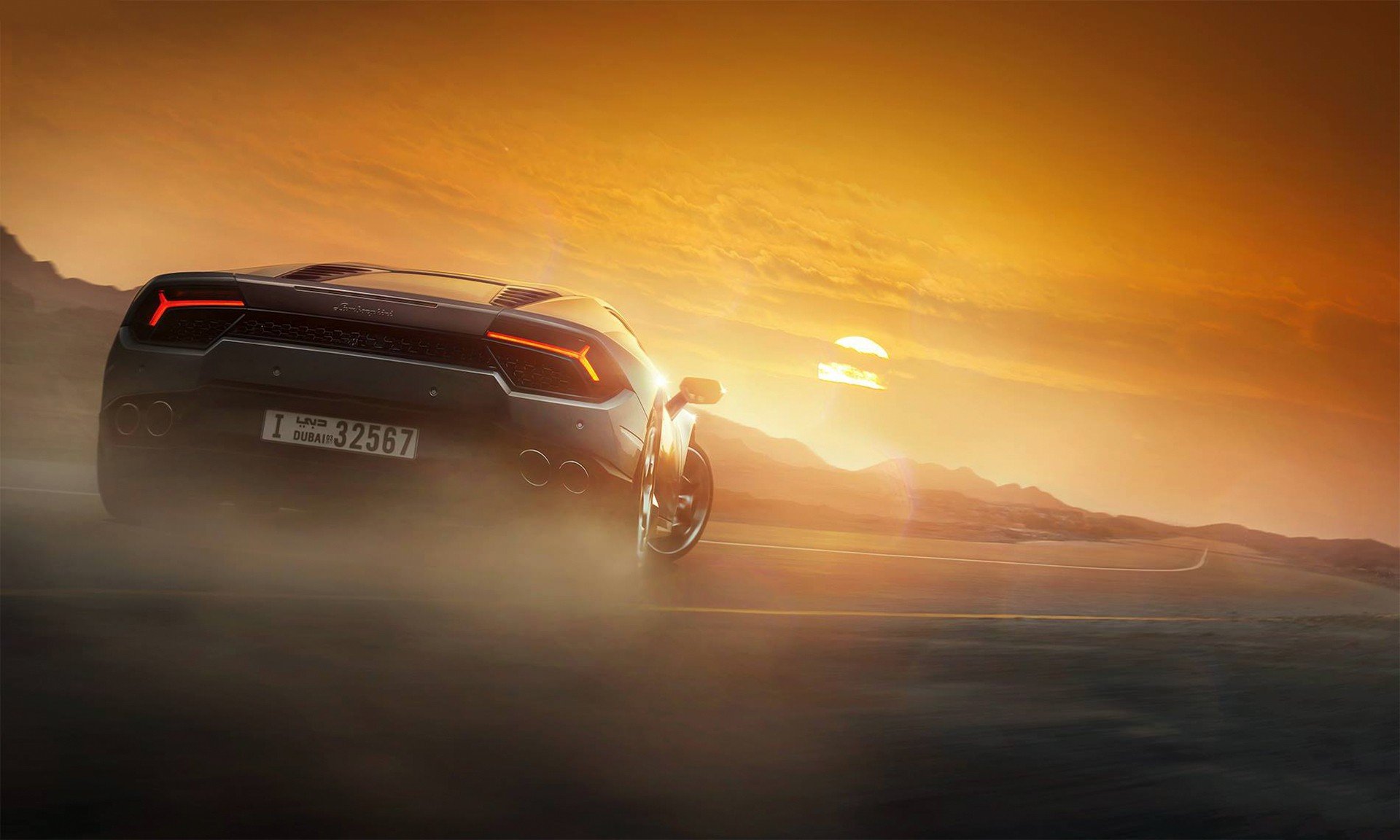 The robots are driving: Argo AI gears up to bring driverless rideshares to Austin 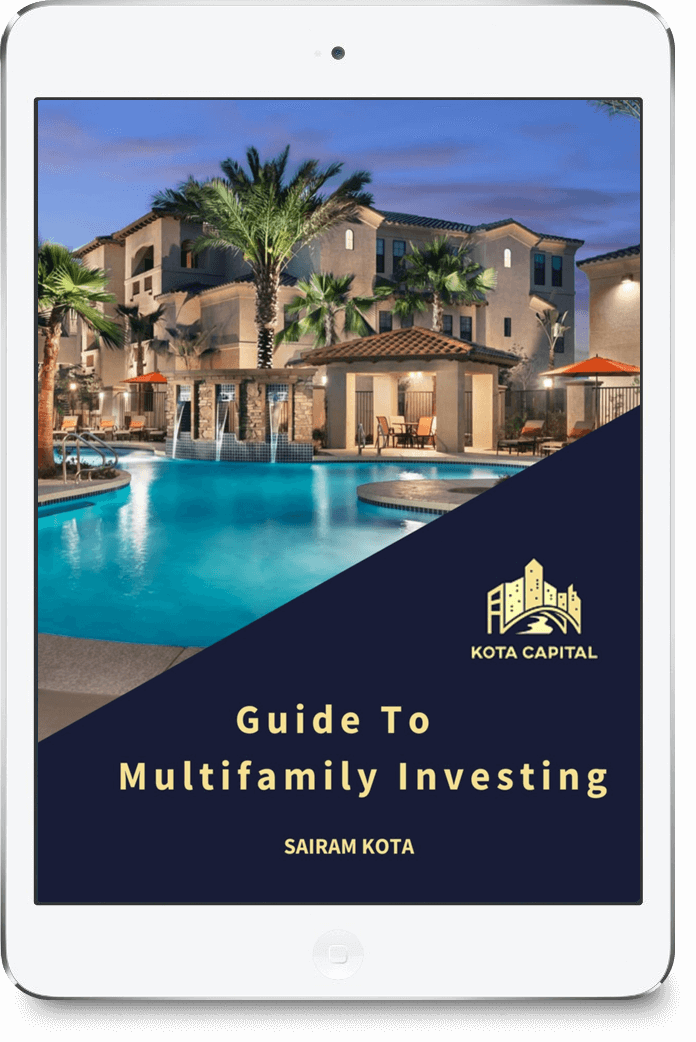